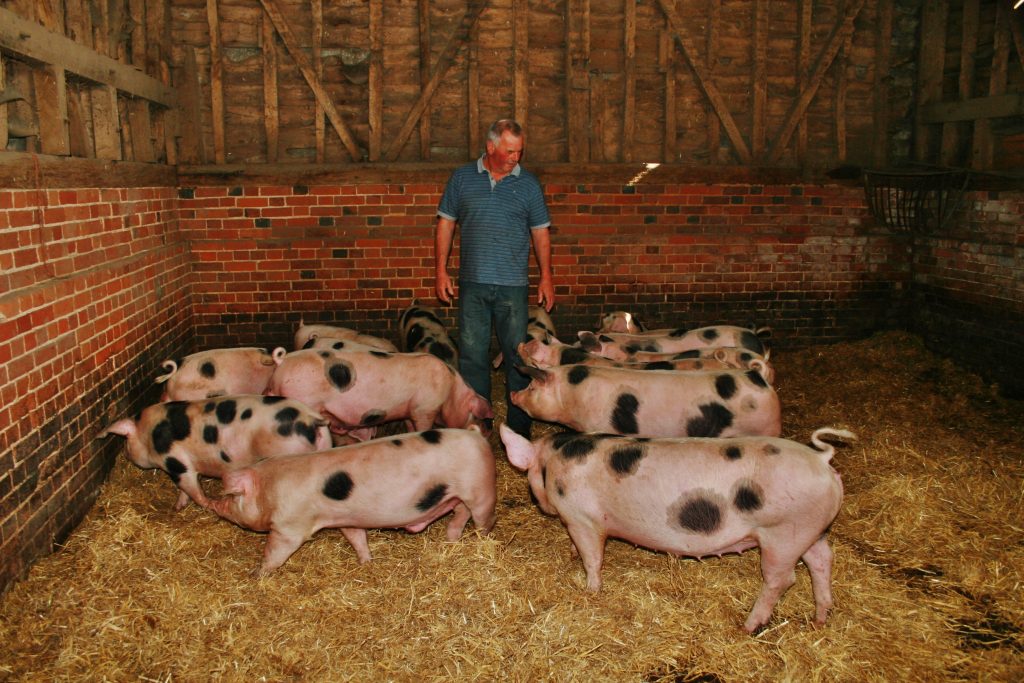 The Gloucestershire old spot pig is a large lop-eared breed, mainly white with at least one black spot and is an official rare breed dating back to the turn of the century.

They are fed a less intensive ration and fattened much slower. Reared in open straw yards or free range this encourages tender, succulent, fine grained meat with much more flavour.

No additives, growth promoters or antibiotics are used as it does not compete with the genetically hybrid pig. However they do carry more back fat which should only trimmed after cooking if at all.

The participating butchers are finding that the demand for it, is expanding rapidly, customers are making repeat purchases and there is a growing need for increased supplies all over the country.